Just off Samuelson Road, the Sunset Drive-In was opened in the Summer of 1971. The theater was originally Lin's Air Drive-In from 1950 until closing in 1970.

This single-screen Sunset Drive-In Theater could hold over 500 cars and towards the end it showed pornographic movies. That must've been interesting to see on a screen that size. Makes you wonder how many teenage boys would sneak in there on their bikes.

For a brief time in 2007, The Sunset was almost reopened but that effort failed. So what does the Sunset Drive-In look like now after being abandoned since 1986? Time, weather and vandals have taken it's toll, but some of the theater's structures still stand.

Somebody should tell the narrator that the 's' is silent in Illinois.

According to a Facebook page I found, it appears there was another effort within the last few years to re-open the Sunset but that appears to have been stopped as well as the page hasn't had a post from the creators of the page since April of 2014. There are some great pictures to see though. 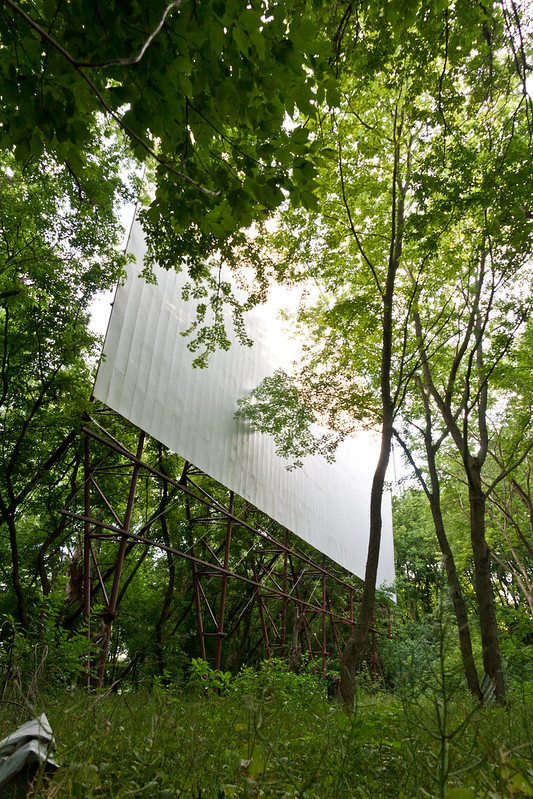